The Bottle-o's Consumer Catalog design, created for every state and territory in Australia (this one is for WA) 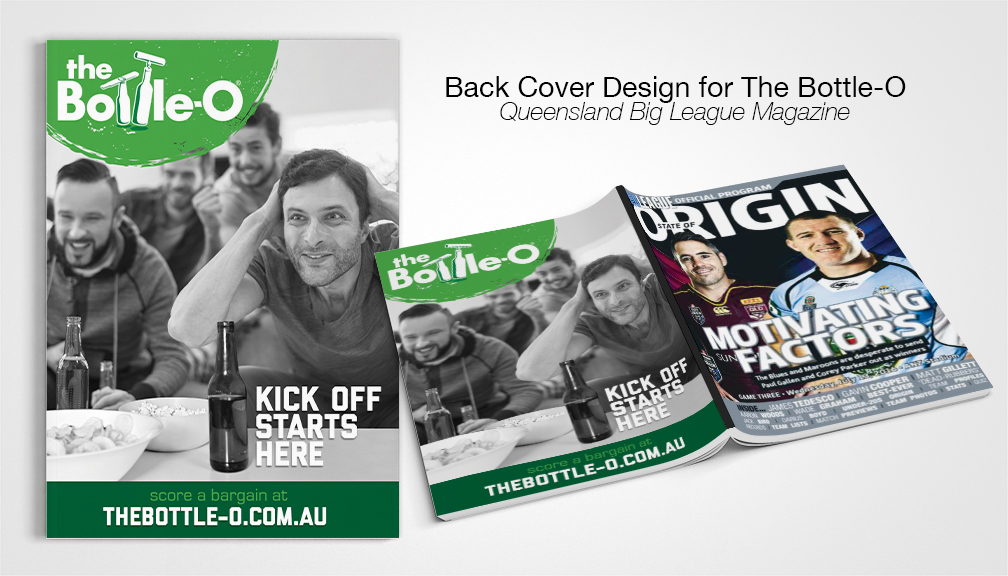 A design for the back cover of Queensland's Big League Magazine during State of Origin, a massive Rugby League competition in Australia. 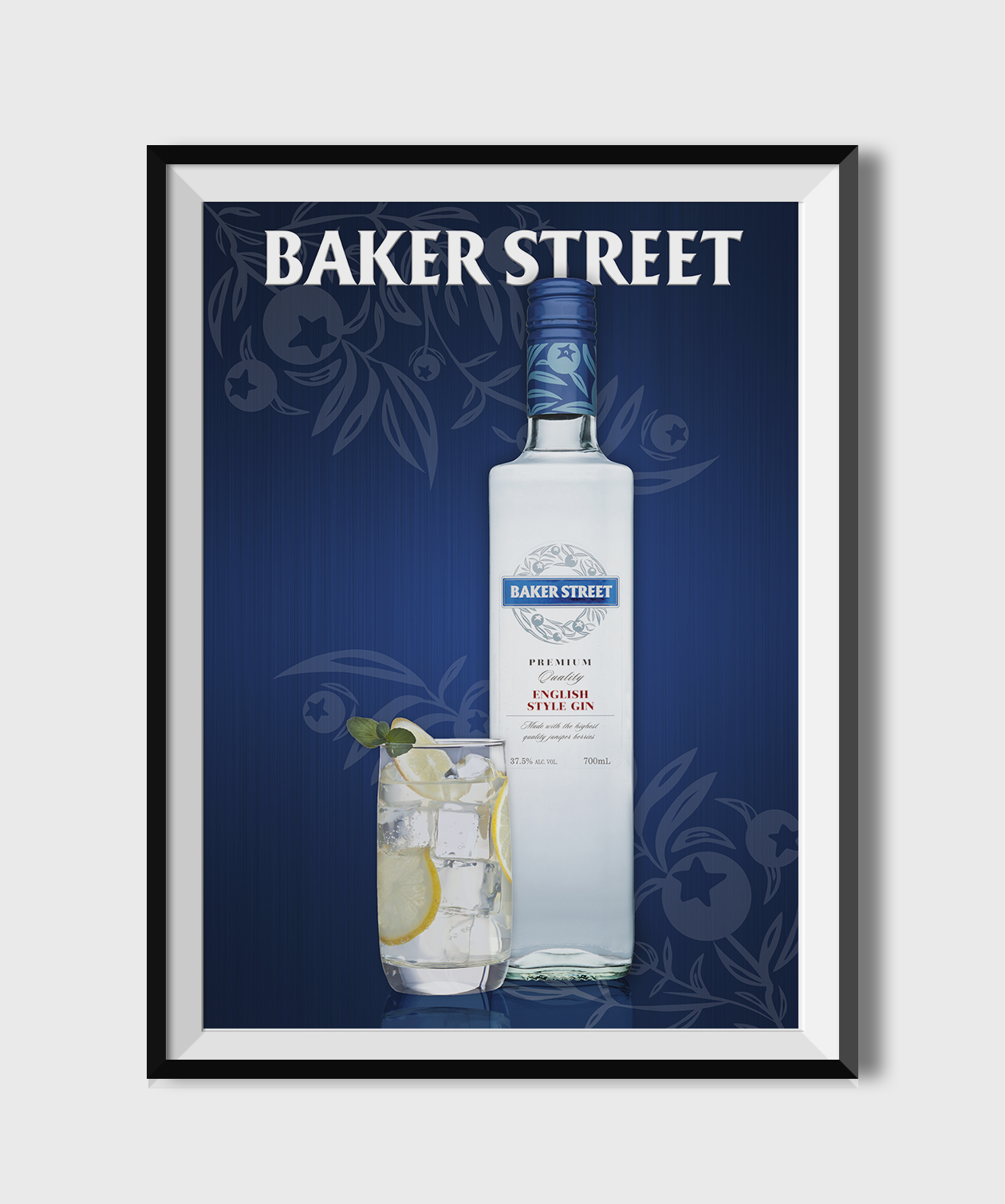 A poster designed for in-store use as well as for conference rooms in the office, celebrating the newest addition to the store, Baker Street Gin. For this poster I created a sleek background, mocked up a gin&tonic, and illustrated some juniper berries. 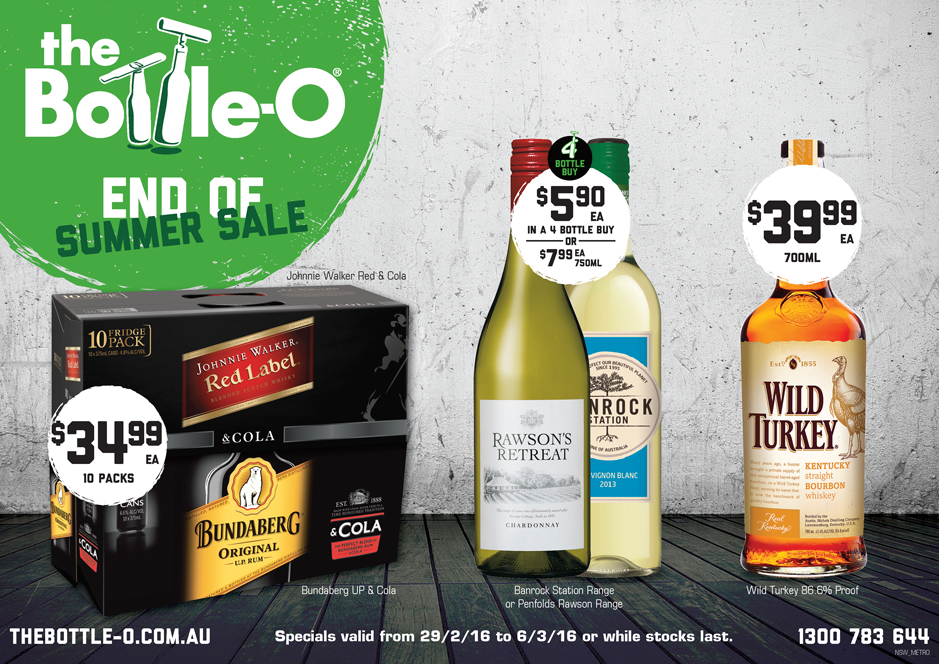 Print Ads created for The Bottle-O in every region in Australia, weekly. "The Specials that Stop the Nation" is a promotion that ran during the Melbourne Cup, which is known enduringly as "the race that stops the nation."

While working at Metcash, I designed several print advertisements to promote “The Bottle-O,” a nationwide liquor retail brand with shops across Australia. This included bi-weekly campaigns in both print and digital that I would create from concept to production, print ads for newspapers and magazines, and multi-page consumer catalogs that had regional variations for every state & Territory in Australia (totaling upwards of 26 variations for each catalog). I also designed quarterly and as-needed B2B infographics and brochures to send to Bottle-O franchise store owners, suppliers, and other partners. Additionally, I designed in-store point of sale posters (POS), window signage, gift cards, seasonal storefront displays, and out-of-home ads.