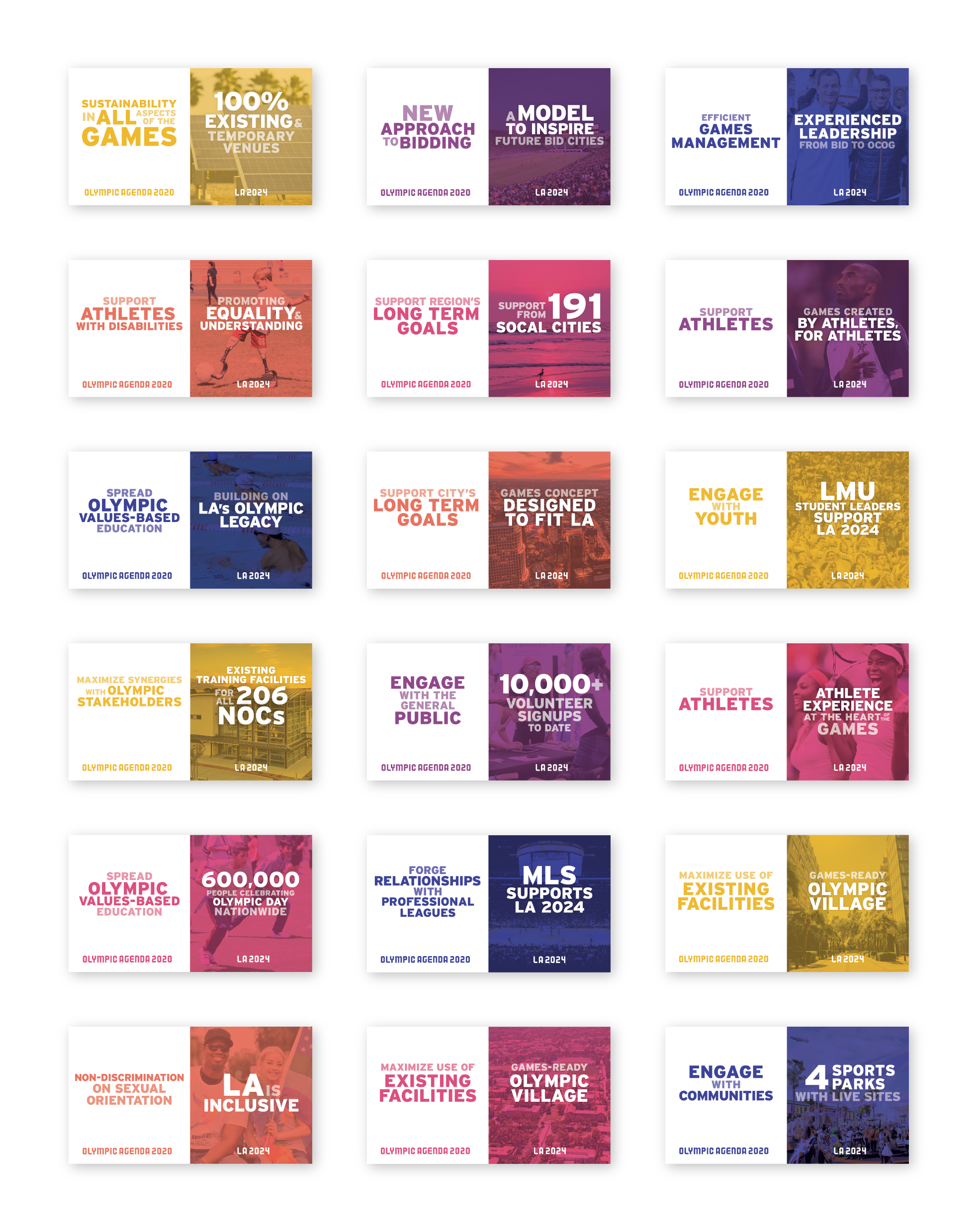 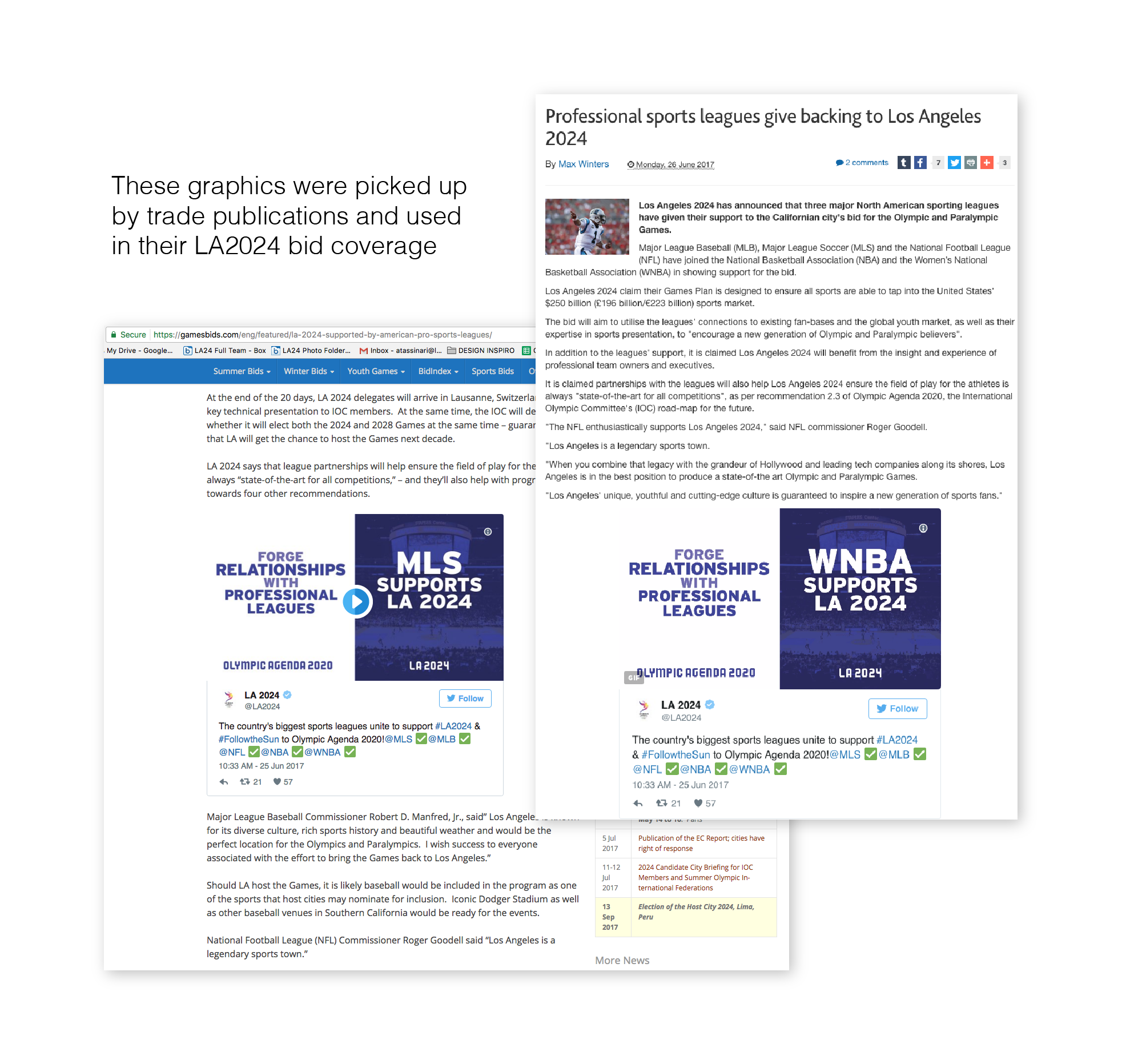 The International Olympic Committee released “Agenda 2020” – a strategic roadmap for the Olympic movement – and the LA2024 team wanted to show how LA’s plan directly addressed these goals. The document was large and covered a lot of diverse content, yet our campaign needed to be cohesive, digestible, and shareable. Since it was intended to be a social campaign, it also needed to live alongside our regular social posts.

In this design I wanted to show continuity through the entire campaign, so I kept a consistent color pallet, layout, and type treatment. I felt it was also important to contrast the Agenda 2020 goal (left side) and LA2024’s solution for that goal (right side), while still showing a relationship between the two. For the “goal” side, I used white with bold, colorful type – then on the “solutions” side, I contrasted with the same bold color and white type. I also included a photo of the solution to provide additional context, and sometimes used an animated gif to show the multiple solutions that LA2024’s bid plan has for each goal.
Graphics were released on facebook and twitter daily for 20 days. These graphics were picked up by trade publications and used in their LA2024 bid coverage.